The 2016 Dayton Hamvention was brimming with new DMR gear, making it one of the more active years for DMR announcements. With phenomenal adoption by the ham radio community of DMR, it is not surprising that many vendors are finally getting their feet wet with this rapidly growing digital voice mode. Below are a few of the DMR goodies that we were able to spot during the event.

One of the most significant DMR announcements this year was the debut of the DV4mobile by Wireless Holdings. This tri-band (2m, 1.25m & 70cm), all-mode digital mobile captured the minds and hearts of many who make the trek to Dayton this year. With pricing ballparking around $1,000 USD, it won’t be the cheapest DMR option, but it promises to offer one of the biggest bangs for the buck upon its release in Q4 2016.

The upcoming successor to the popular Connect Systems CS750, the CS760 portable radio will sport some new features, including built-in GPS, vibration and Bluetooth capability. In addition, the CS750 has an updated form factor, making it look surprisingly similar to the Motorola XPR7550. While these are not necessarily significant upgrades, the new price for the base model without GPS, vibration and Bluetooth will be quite a lot higher, coming in at $299USD and $399USD for the fully loaded version. For anyone looking to get their hands on one of these little gems, they will be available in September 2016 for purchase from Connect Systems. 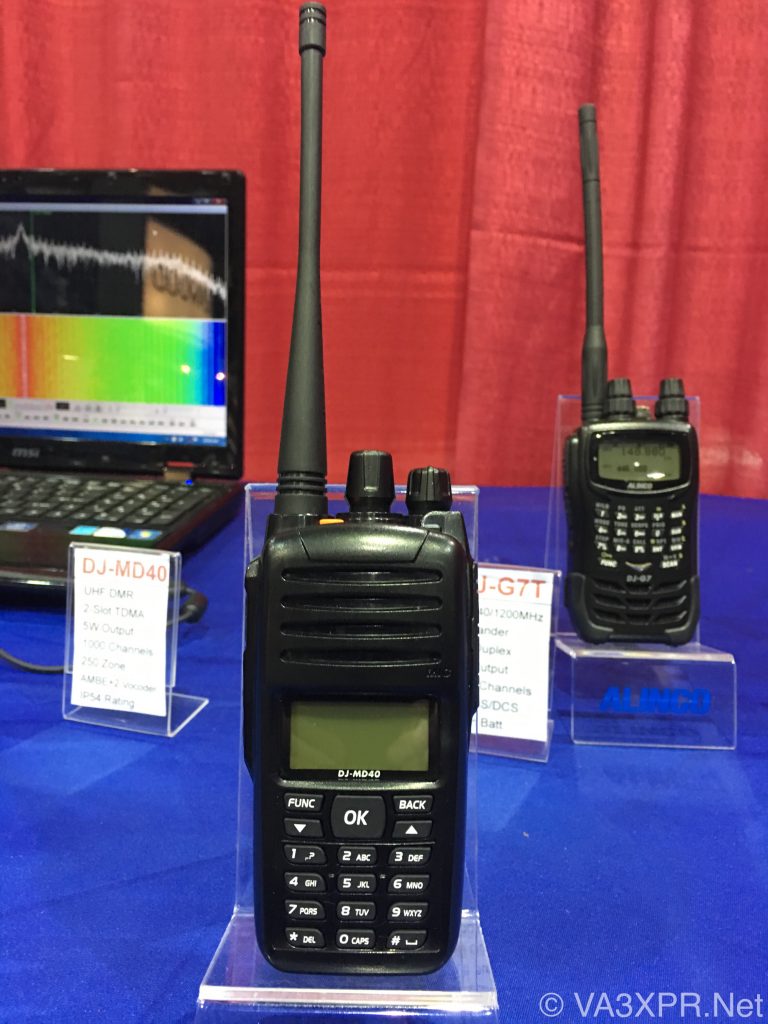 For the ham DMR repeater owners out there, you will be happy to know that Motorola has an upcoming replacement for its flagship MTR3000 repeater – the SLR-8200. The SLR-8200 will become the new workhorse of the MOTOTRBO line of radios and will be capable of a power output of 100W on a continuous duty basis. We expect pricing for the SLR-8200 to be in-line with the new prices for the MTR3000 today, making them largely beyond the budget for most hams. So for those who must have this repeater, be prepared to either pay handsomely for a new one or to be waiting a few years until we start seeing used versions of this fine device on the used equipment market at prices that are likely to be far more affordable.

Following their annoucement on May 19th, Whistler had live models of their new TRX-1 (portable) and TRX-2 (desktop/mobile) DMR-capbable scanners. These units will support P25, DMR at launch, with NXDN support coming with a subsequent free software update. For anyone wanting to pick-up one of these scanners, they will begin shipping in late June 2016.

So that’s the DMR gear that we saw this year. No doubt, more DMR equipment announcements will come throughout the year, so stay tuned for more! If anyone comes across any of these units and has some information or feedback that they would like to share, please contact us.