Since the MD-UV380 is physically identical to the MD-380 and employs similar features to the MD-2017, this review will focus primarily on how the MD-UV380 differs from these two radios.

The MD-UV380 radio comes standard with the following items out of the box:

The MD-UV380 is a hybrid of the popular MD-380 monoband DMR radio and the MD-2017 dual band DMR radio. The form factor of the MD-UV380 is identical to the MD-380, while its supported bands and user experience is identical to that of the MD-2017. Users that are looking for a smaller form factor and perfer the traditional keypard of the MD-380 as compared to the slightly larger MD-2017 with its trackball navigation, are likely to be pleased with the MD-UV380.

The MD-UV380 comes standard with a 7.4V 2,000 mAh Li-ion battery, which has a slightly higher capacity that the 7.2V, 2000 mAh battery Li-ion included with the  MD-380, however is slightly lower capacity than the 7.4V 2,200 mAh battery included with the MD-2017. In addition, the MD-UV380 includes the same accessories as the MD-380, including a 120/240V desktop charger, a USB programming cable, a belt clip, an dual band whip antenna and a user manual. Additional batteries and accessories, such as a speaker microphone, can be purchased directly from one of the TYT authorized dealers.

The MD-UV380 is programmed using the free programming software (or CPS) and a USB programming cable. It should be noted that this is not the same software that is used for the MD-380 or the MD-2017. Users can download this CPS from the TYT website. The programming cable, however, is the same as the one used with the MD-380. Also, users can update the firmware of their MD-UV380 using firmware files available for download from the TYT website. These firmware updates typically add new fearures and address known software defects.

Similar to the MD-2017, the MD-UV380 supports up to 3,000 channels, 250 zones, plus 100,000 contacts, plus it also supports the use of multiple DMR radio IDs and will record transmissions for playback. In addition, the MD-UV380 supports both basic and enhanced encryption, which would only be applicable to commercial users.

In our opinion, the CPS could use some usability improvements that would make it easier to use, especially for novices to DMR. In addition, there is no help section or documentation for the CPS, so users are left to figure it out on their own.

Like the MD-2017, the MD-UV380 comes standard with the ability to be programmed via the keypad, including for both DMR and analog FM operation. While it technically supports this functionality, it is somewhat complicated to use versus programming it using the provided programming software with a PC. Given this, many users will likely find that programming it without a PC is really only good for fixing errors in programming or accomplishing simple changes, as adding new DMR repeaters, talkgroups, zones and contacts is a very slow and painstaking task. As a result, it is recommended that users will want to keep their laptops nearby, as it will save a great deal of time when it comes time to load their favourite DMR repeaters into the radio.

The MD-UV380 is a small, tough portable DMR radio that has lots of great features that ham radio users will appreciate, such as lots of capacity for contacts and channels, keypad programmability, plus the ability to support multiple DMR IDs. Overall, we feel that the MD-UV380 is a great value priced dual band DMR radio that is likely to please the most demanding ham radio user. 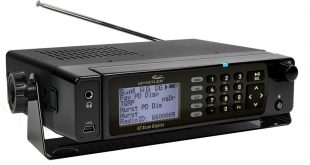